back to religion theme

VITALIS painted many “crucifixions” which have the particularity of always being constructed in the same way.

First of all, the Christ on a cross, with his heart bleeding, logically fills the centre of the picture. Only the perspective of the cross can vary, usually to the right. Then three figures, with female figures, accompany Christ. In fact, they are the Virgin Mary, Mary Magdalene and probably Saint John (often described as having a female character in the Gospels). And systematically, two figures stand on either side of the cross, while the third kneels, sometimes to the left of the cross, sometimes to the right. Finally, a ray of bright light, yellow or orange, descends from the sky and envelops Christ.

This theme of the crucifixion appears late in VITALIS’ work, the first known painting dating from 1960 (VITALIS was then 62 years old). Moreover, it is always executed in pointillist style. 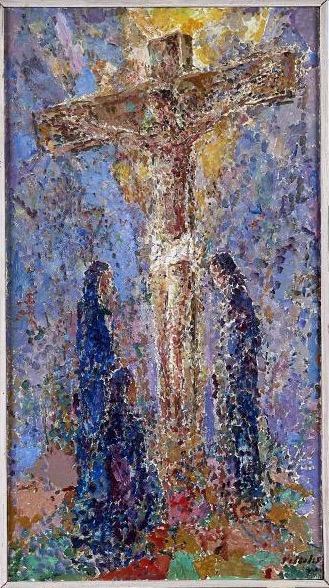 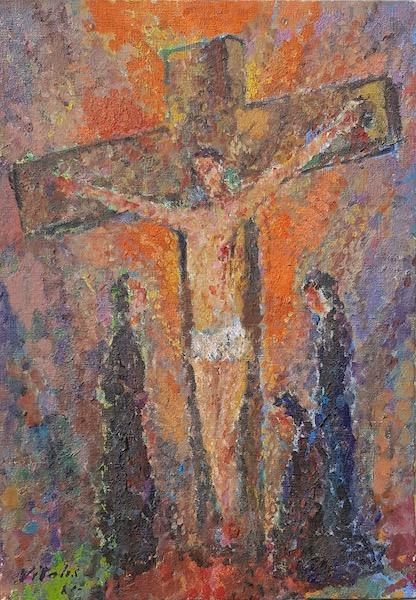 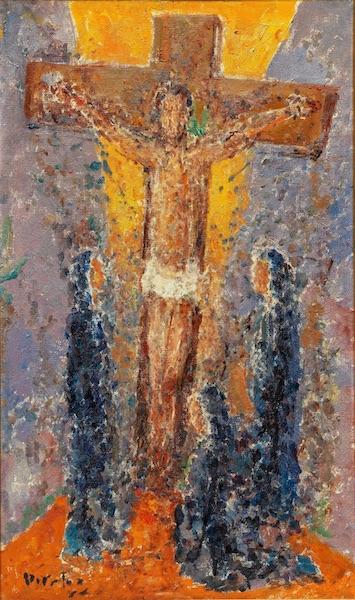 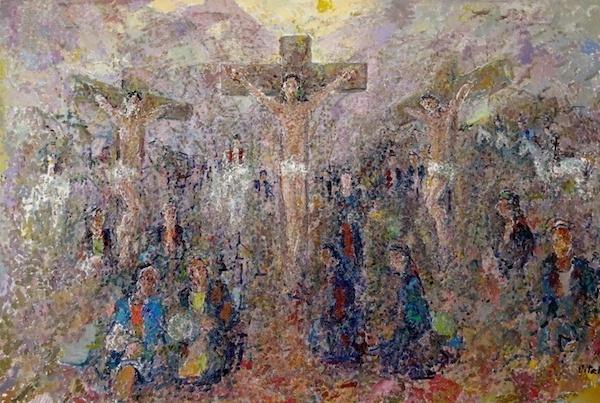 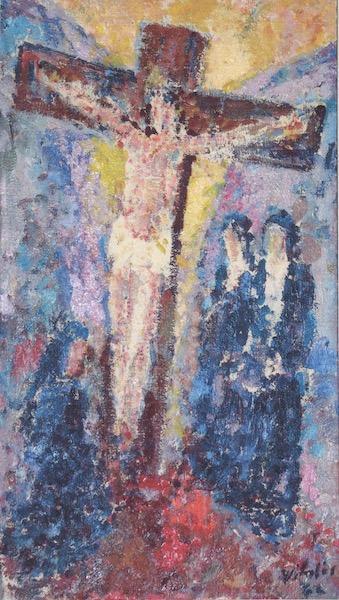 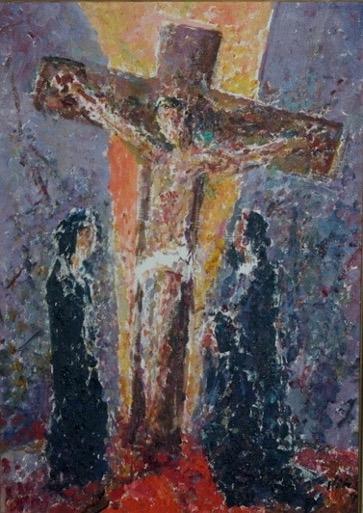 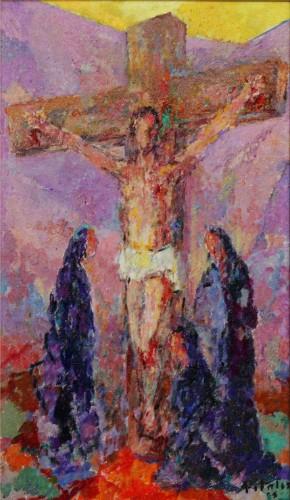 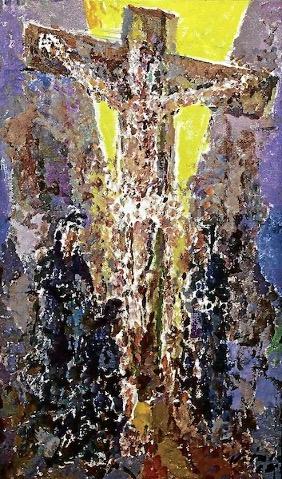 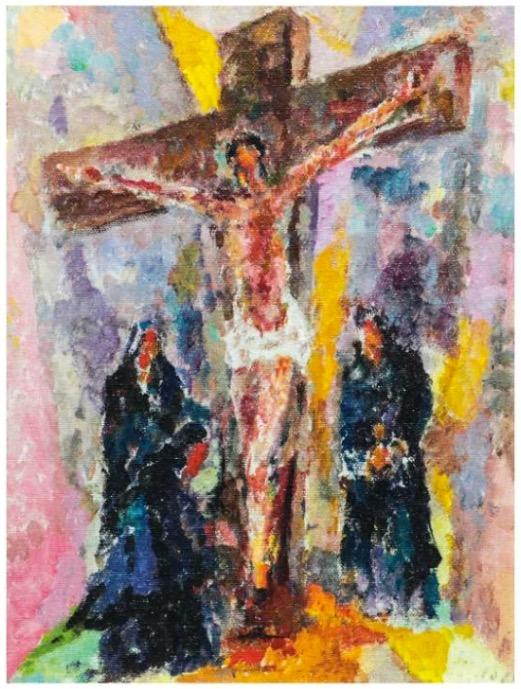 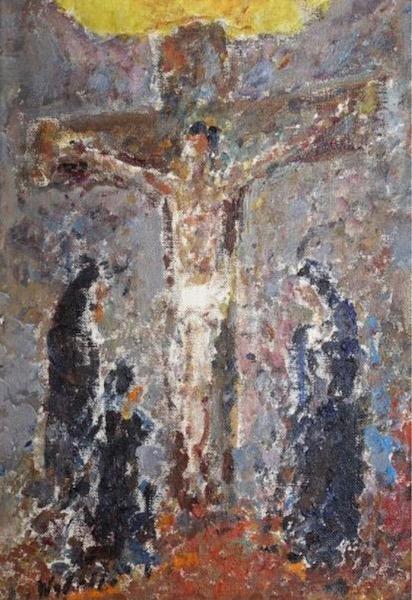 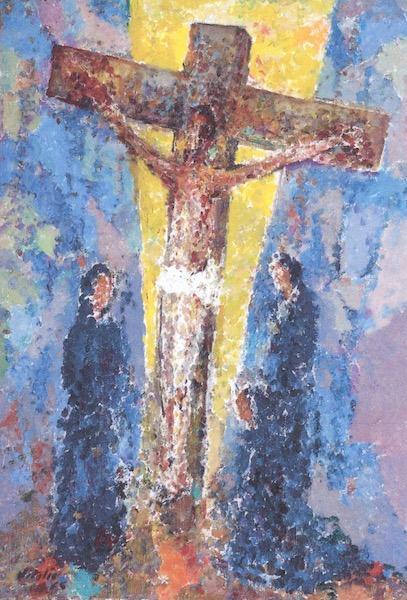 back to religion theme