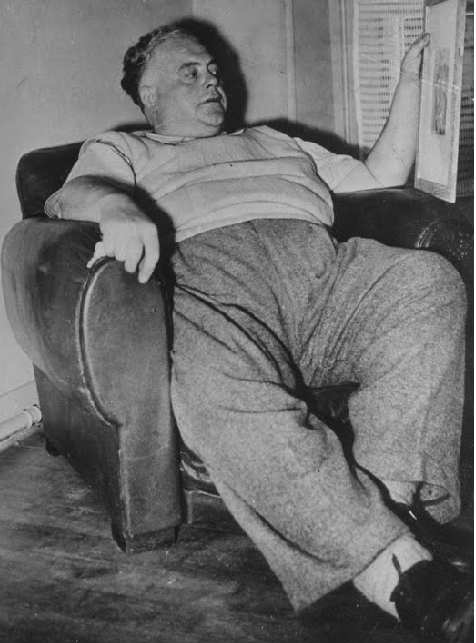 ﻿Camille RENAULT, known as “Big Boy” because of his extraordinary figure 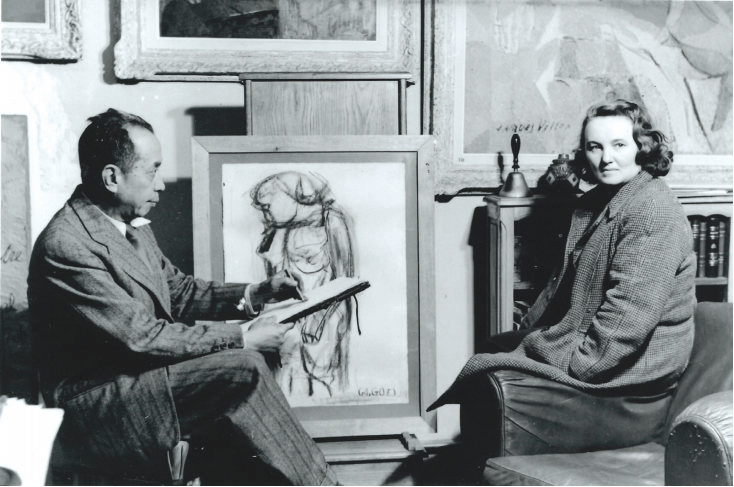 Macario VITALIS in his studio located above the restaurant “Big boy”. Behind the model is the famous portrait of Camille RENAULT by Jacques VILLON

With the authorization of M. E. Ledoigt 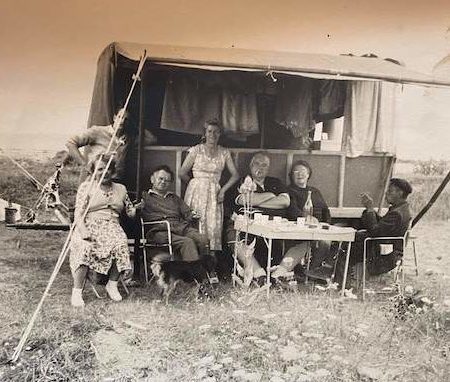 Camille RENAULT (in the center) and his family, with VITALIS seated on the far right (smoking).

With the permission of E. Ledoigt

The meeting between the two men took place around 1935-1936. VITALIS did not leave Puteaux until 1957, to settle in Plestin-les-Grèves. He will continue to frequent Camille RENAULT, exhibiting his paintings in Big boy’s second restaurant “Le Bateau de pierre” in Broué (Eure-et-Loir) or in the gallery on the boulevard Haussmann.

This part of the site will be enriched as time goes by, in particular thanks to the collaboration of Camille RENAULT’s grand nephew, Mr. Eric LEDOIGT. 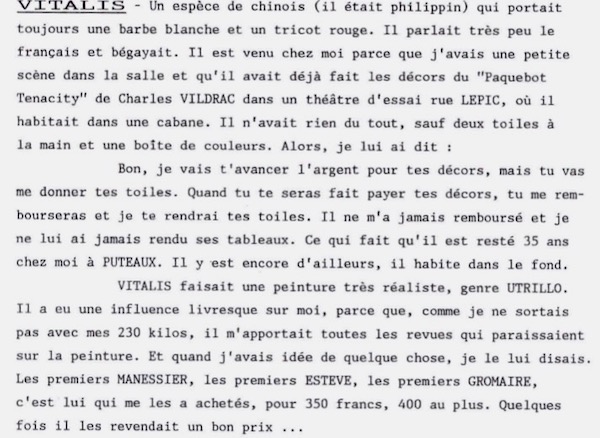 VITALIS – A kind of Chinese (he was Filipino) who always wore a white beard and a red knit. He spoke very little French and stuttered. He came to my house because I had a small scene in the room and that he had already made the decorations of the “Paquebot Tenacity” by Charles VILDRAC in a test theater on rue LEPIC, where he lived in a shack. He had nothing at all, except two canvases in hand and a box of colors. So I said to him:

Well, I’ll advance you the money for your sets, but you’ll give me your canvases. When you’ve been paid for your sets, you’ll pay me back and I’ll give you your paintings. He never paid me back and I never gave him back his paintings. What makes that it remained 35 years at my place in PUTEAUX. He is still there, in fact, he lives in the back.

VITALIS was a very realistic painter, like UTRILLO. He had a bookish influence on me, because, as I did not go out with my 230 kilos, he brought me all the magazines that were published about painting. And when I had an idea for something, I would tell him. The first MANESSIER, the first ESTEVE, the first GROMAIRE, it was he who bought them for me, for 350 francs, 600 at most. Sometimes he sold them for a good price… 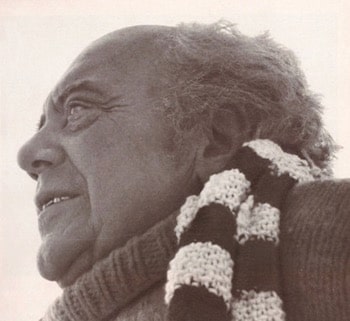 VITALIS and Camille RENAULT: a story that remains to be understood and written